previousWhat is BERT?
nextHow To Find Your Niche – Blogging 101

The Music We Love 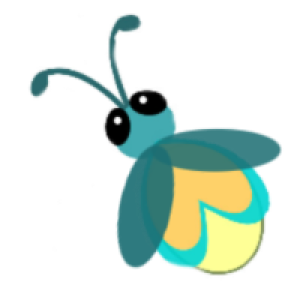 Last night we had the rare opportunity to see one of my lifelong favorite artists, Kevin Griffin perform at an intimate stage in Annapolis, Maryland. He was amazing, funny, and drew me back to the first time I heard his voice come across a cassette tape passed to me way back in 1994.

Music is a huge part of my life. Through the notes, markers in time are placed in my memories.  Where I was, what I wore, even the smells and feel in the air.

For me, music transformed and took me to better days and sometimes, like last night it took me back in time.

It was 1994, a year or so before I'd understand how special this gift was, I was a young mother, fighting to beat the odds and make something of myself.  I did whatever I could to make a living, even when I was just pulling it out of the air.

That summer in a little hotel swimming pool, in Lake Isabella, California, Better Than Ezra gave me the music to get up and push harder.

This blog uses affiliate links to keep the costs down and this blog free to use. If you make a purchase through those links, we will receive a commission at no cost to you.

My love of Better Than Ezra came from and unexpected place.

That summer, I'd taken a job teaching swimming lessons to toddlers. It was a small town, and there weren't many other opportunities, so I jumped at the chance. During those lessons, someone mentioned that it would be great if I could teach a water aerobics class for adults. Ready to make any opportunity work, I accepted the challenge even though I'd never taken a class myself and had no idea what I was doing.

That class had ten people sign up, and on my first day I stood at the edge of the pool looking at my audience, I was frozen wondering why anyone would take me or this class serious.

I pressed play on the cheap boom box that I'd gotten from the thrift store, and suddenly I remembered that it didn't matter if I knew I was winging it, what mattered was that those people paid me $5 to pretend that I did.

I didn't have access to the endless supply of downloadable music from the internet, what I had was a mixtape of music I'd borrowed and collected.

Start the stretches – Prince's Purple Rain.  It was old, but it was perfect for warming not only the muscles but the heart.

Get into the routine with various other music – Tiffany, Grateful Dead, and a few others I'd managed to put together for something upbeat.

And surprise- my group of senior citizens were following along, laughing, splashing, and praising the class at the end.

After a few weeks, my group had begun to bring me their favorite music, their own mixtapes for me to listen to. I was delighted they loved the class and even more impressed that they all wanted to bring their music to share.

Then one of the gentlemen came to me and asked if I would listen to a tape that he thought I'd enjoy. It was a demo tape from a band I'd not heard of. He told me it was from a nephew, and he thought it would be fun to share it next week.  The band was called Better Than Ezra, and they were a small young band out of New Orleans.

Faking it until you make it, or give up

That summer I couldn't be found without this tape in my little Sony Walkman. It energized me and drove me crazy trying to understand why I liked this crazy voiced boy as much as I did. They weren't on the radio, nobody I knew had ever heard of them, and this is when I discovered my love of small Indie bands, intimate concerts, and sounds that weren't played to death.

I kept pushing each week to take steps to take me out of that town and give myself and my kids something more. I learned the value of faking it until you make it. Each week I collected my $50, paid the pool fees, and saved up enough money to enroll in community college.My students gave me their wisdom of how to move through this rough stage of life so one day I too would be able to take water aerobics and not worry about where the money was going to come from to pay the bills.

Better Than Ezra and Kevin Griffin signed with Elektra Records in 1995 and that single “Good” reached the No. 1 position and helped push their album Deluxe to platinum by the end of 1995. But I had no idea, I had enrolled in college and given up on water aerobics. I wasn't sure how I was going to rise to the top, but I knew I needed to fake it until I figured it out.

Since that first demo tape, I've been a lifelong fan of BTE and Kevin Griffin. I've seen them many times in concerts around the country. Each record released tried to change things up a bit, but it was always Kevin's strange and unique sound that couldn't be missed.

In the early 2000's Better Than Ezra started to wind down, and I discovered I loved them even more when they did.  When they were at the top, they were beyond me, not relatable, no longer a rare gem to be discovered.  But as their crowds grew smaller, I found them again as an adult who now had more time for the extended guitar solos and deeply sensual sounds.

This year, Kevin took a leap of faith and has gone out on his own without the cover of Better Than Ezra's fame.  His new album, Anywhere You Go, isn't Better Than Ezra.  It's almost better.

My favorite track off the upcoming album, Hacienda is my favorite. I love the familiar beat of what I know as Kevin's style, it's relaxing and makes me smile with memories of crazy summers and coming to enjoy this time in my life when I can relate to wanting to find a quiet place to get away from the fast pace of daily life. It reminds me of Margaritaville for the people of my generation.

While for me, nothing can replace a live show. But when I can't get out to see my favorite bands, I love listening at home on my Sonos Play:5.  It's the most powerful speaker for high-fidelity sound because it's tuned by renowned music producer Giles Martin.

I love that right from my phone, I can control my Sonos speaker.  And you can pair two of these speakers in the upright position and each speaker smartly adjusts to mono for superior stereo sound.

I've been listening to the released tracks from Kevin's album and mixing in a few old favorites.

After that summer, I never saw my little class of water dancers again. But I remember them fondly every time I hear Kevin and how music crosses generations and makes connections.

This site uses Akismet to reduce spam. Learn how your comment data is processed.